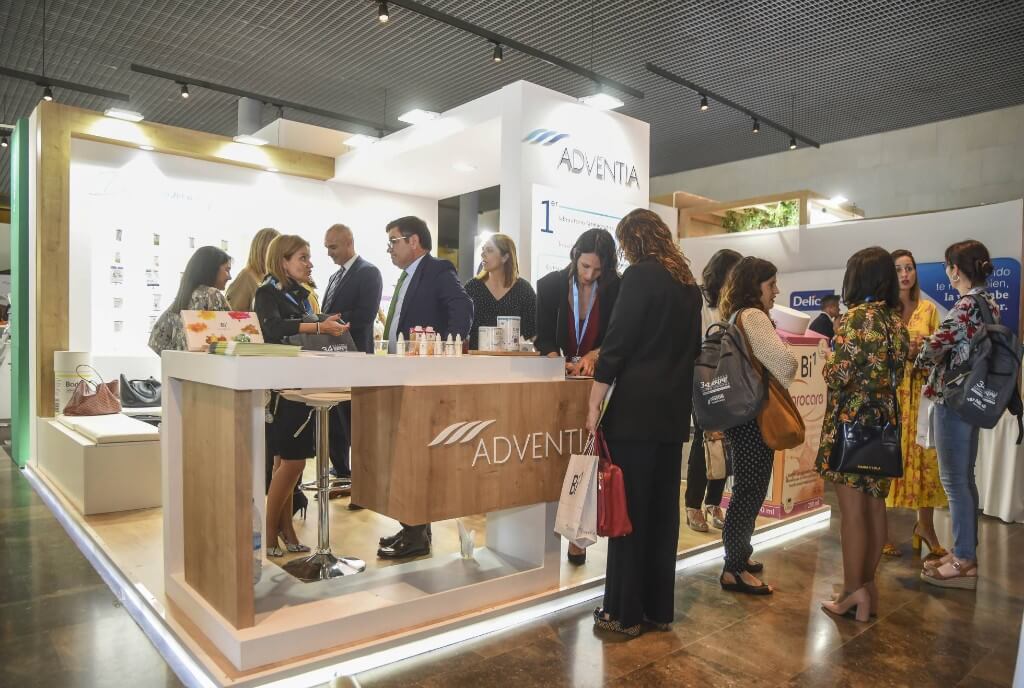 ADVENTIA PHARMA claims to have grown 70% in three years and aims to reach 7.5% of the Spanish market for clinical nutrition.

Adventia Pharma was born nine years ago and its business has increased 48% in 2018. Its main executives assure that no one has grown more than them in all of Spain. This pharmaceutical laboratory, specialized in clinical nutrition (although it also sells medicines) represents 10% of the Canarian market, according to its figures, and in 2021 it aims to reach 7.5% of the Spanish market, compared to the current 4% granted by the seventh place in the Spanish ranking. To do this, it will have to compete with large multinationals such as Nestlé, Abbott or Nutricia.

At the head is José Díaz, a discreet Canarian businessman. Those who know him well describe him as a man with a great capacity for lateral thinking. That is, he is creative, imaginative and a great entrepreneur. "They told me that in this world everything was invented and, for that very reason, I decided to enter," says the CEO and founder of this Canarian company. "When the crisis came, I was dedicated to construction, so I looked for a sector that was not so badly hit and where the banks were more open to give us financing," he says.

ADVENTIA PHARMA was born in 2010 with just two employees. Six years later, it had 26 workers and a turnover of three million euros. Today it exceeds 10 million annually, there are 65 in the workforce and it has a presence throughout Spain, although its headquarters are in Las Palmas de Gran Canaria. His forecast for the next three years is to triple all his figures.

"We are very focused on innovation, especially in detecting and solving problems that until now nobody had noticed"says Díaz. "We also do it without limits, either by creating a formulation, a medical device or even a digital development." In this sense, its investment in research and development is between 5 and 10% of its turnover.

From Adventia they affirm that they have come to this market with "the mentality of doing everything differently from how it has been done until now, seeking efficiency, economic viability and having a direct impact on the quality of life of patients".

Their first bet, for which they made a difference and caught the attention of their competitors, was to become the the only laboratory that used extra virgin olive oil in all its products. "All sectors spoke wonders of him, but curiously he had not been introduced to something as crucial for health as clinical nutrition," they comment from Adventia.

Another product that has become very popular in the sector has been the aroma pack. "Patients with oral diets complained, and many did not comply with treatment for that reason, of having to always take the same product with the same flavor," explains Díaz. "For this reason, we created this pack, with a few simple drops you can modify the flavor, its intensity, even its texture."

“I realized that there was already a container on the market that could be better adapted to clinical nutrition and that nobody was using it. The tetra brik lifelong. The competition took it as a joke and described it as a supermarket package. It was our great turn of the wheel in the market ”.

This container, developed by Tetra Pak, has certifications that highlight its ease of opening and ingestion for the patient. In addition, it better maintains the properties of the product and is sustainable. Although foods for special medical purposes are exempt from the restrictions for single-use plastics, AAdventia became the first pharmaceutical laboratory to use cardboard packaging and renewable materials for medical nutrition products.. Now, competing companies are using it.

“We are developing a technology that will make it possible for clinical nutrition to be more specialized and adapted to the needs of patients, not only from a clinical point of view, but also from consumption, so that they feel independent. We will market it in 2020. And so far I can read ”, he concludes.

Delegates access classroom
For more information about our products, call us on the phone (+34) 928 223 717 or info@adventiapharma.com
Copyright © 2022 Adventia Pharma. Todos los derechos reservados.